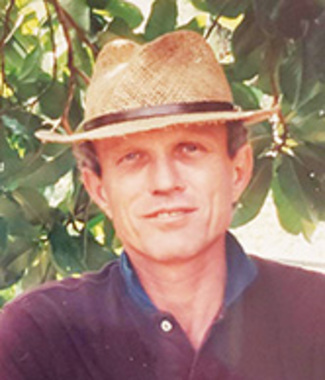 Back to William's story

William Michael "Mike" Brewer, of Pauls Valley, passed away August 17, 2019 in Norman, Oklahoma at the age of 74 years.
William Michael Brewer was born August 6, 1945 in Pauls Valley, Oklahoma to Maude Thankful (Bagwell) Brewer and L. E. Brewer.
Mike was the Owner and Operator of the Royal Theatre in Pauls Valley. Movie entertainment has been in his family since the 1930s: from the Brewer's Drive-In where Wal-Mart is now to the downtown Royal Theatre, Mike loved any time he could make a family happy by coming to see a show. He and Revae Smith were married in Pauls Valley, Oklahoma on October 2, 1971 and was a member of the Pauls Valley First Christian Church and later the First Presbyterian Church.
Mike loved the outdoors and when not working, spent most of his time gardening, taking photos, and earlier in his life, flying his falcon.
He was preceded in death by his parents, L. E. and Maude Brewer and sister, Mary Randall.
Surviving family include his wife of over 47 years, Revae Brewer of the home; his daughter and her husband, Angela and Carlos Yanez, of Houston, Texas; two brothers, John Brewer, of Pauls Valley; and L. E. "Hooter" Brewer, Jr. of Moore; as well as a host of nieces and nephews.
Memorial services will be held at the First Presbyterian Church, by the family and the church, on Tuesday, August 20th, at 10:30am.
Services for cremation are entrusted to Stufflebean-Coffey Funeral Home. We invite you to send a message of condolence and view the family's guestbook at www.stufflebeanfuneralhome.com
Published on August 19, 2019
To plant a tree in memory of William Michael Brewer, please visit Tribute Store.

Plant a tree in memory
of William

A place to share condolences and memories.
The guestbook expires on November 17, 2019.

Restore the guestbook to view the 4 more posts by family and friends, and share a memory or message of condolence of your own.