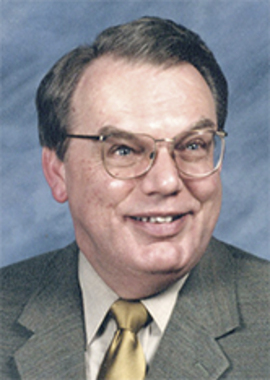 Back to Terry's story

Pastor Terry L. Clayton of Noble passed away February 7, 2020 in Noble, Oklahoma at the age of 73 years.
Terry L. Clayton was born August 20, 1946 in Herrin, Illinois to Roberta (Manier) Clayton and Ralph N. Clayton. Terry was raised in Herrin, Illinois and attended schools there. He is a graduate of the Herrin High School and furthered his education earning his master's degree at the Southwest Bible College and Seminary.
Terry was a veteran of the United States Army and served during the Vietnam War and earned the rank of SP-5 (T) - Specialist 5th Class.
He and Darla Earl were married in Marion, Illinois on June 28, 1969. Brother Clayton pastored in Alabama, Oklahoma, Kentucky and Illinois. For many years he was senior pastor of the Pauls Valley First Church of God until his retirement in September of 2017.
He was preceded in death by his father, Ralph Clayton; his mother, Roberta Clayton; brother, Michael Clayton; sister, Darla Jean Clayton; and grandparents - Lum and Opal Clayton and Burt Jean and Stella Manier.
His surviving family include his wife of almost 51 years, Darla Clayton of the home; their son and daughter in law, Pastor Jeremy Clayton and his wife Dana Clayton; two grandsons, Ty Shawn Clayton and Jim Earl Clayton, all of Pauls Valley, Oklahoma; brother-in-law, Randall L. Earl of Decatur, Illinois; sister-in-law, Marlene Simpson and her husband Bob Simpson of Herrin, Illinois; and brother-in-law, Pastor Larry G. Earl and his wife Zella Earl of Chattanooga, Tennessee.
Viewing and visitation was scheduled for Tuesday, February 11, 2020 at the Pauls Valley First Church of God from 5 p.m. until 6:45 p.m.
Evening funeral services will be held Tuesday, February 11, 2020 at 7 p.m. at the First Church of God in Pauls Valley, Oklahoma, officiated by Pastor Jeremy Clayton and Pastor Larry Earl. Professional services are under the direction of Stufflebean-Coffey Funeral Home.
Funeral services in Marion, Illinois will be Saturday, February 15, 2020 at 11 a.m. in the First Church of God in Marion followed by interment at the Herrin City Cemetery in Herrin, Illinois. Professional services and interment are under the direction of Meredith and Waddell in Marion, Illinois.
We invite you to send a message of condolence and view the family's guestbook at www.stufflebeanfuneralhome.com.
Published on February 11, 2020
To send flowers to the family of Terry Clayton, please visit Tribute Store.

Send flowers
in memory of Terry