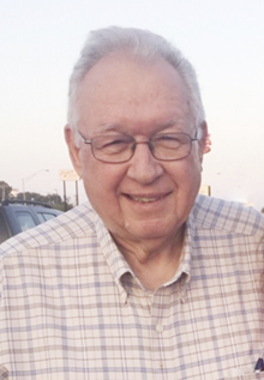 Back to Richard's story

Richard Lee "Dick" Midkiff of Pauls Valley, Oklahoma was born to A.T. and Helen Marie (Ridley) Midkiff on September 21, 1940 in Oklahoma City, Oklahoma at St. Anthony's Hospital and passed from this life on January 16, 2020 in Pauls Valley, Oklahoma at the age of 79 years.
Richard attended Capitol Hill High School, graduating in 1959. While at Capitol Hill, Dick was a member of the back to back state football championship teams in 1957 and 1958 and was inducted into the C.H.H.S. Athletic Association Hall of Fame in 2002. He attended O.B.U. for one year and O.C.U. for one year.
Dick married Beverly Thompson on February 17, 1963 in Oklahoma City. Dick worked for C.R. Anthony Co. from 1956-1991, as a retail store manager in Bethany, Okla. (1964-1972); and Alva, Okla. (1972-1980). He then moved to Kansas (1980-1988) and Norman, Okla. (1988-1991). Dick later worked for Sharpe's Department Store from 1991-2018, and managing in Madill, Okla. 1991-2009.
He served in the Oklahoma National Guard from 1963-1971. He rose to rank of Sgt. E-5 Military Police Company. Dick served as president of Chamber of Commerce in Bethany, Oklahoma in 1968; Alva, Oklahoma in 1979; and Madill, Oklahoma in 1994 and 2008. He served on the Board of Baptist Village Communities in Madill for eight years from 2000-2008. For 12 years, he was a member of the National Sand Bass Festival Committee and chairman for three terms. Dick also officiated high school football games for many years. He was ordained a Baptist Deacon in 1978 and served as a Sunday school director at Madill First Baptist Church.
He and Beverly moved to Pauls Valley, Oklahoma in March of 2009.
Mr. Midkiff is survived by his wife, Beverly Kay Midkiff of the home; son, Jason Midkiff and wife Katie; daughter, Richelle Lee Humphrey and husband Chris; brother, Charles Dee Midkiff and wife Brenda; step-brother, David Hughes and wife Robin; step-sister-in-law, Wincie Hughes; grandchildren - Jordan Humphrey, Dakota Midkiff, Kaya Midkiff, Justin Humphrey, Ava Midkiff, Chance Midkiff and Sawyer Midkiff; and niece, Shelli Dee Midkiff.
Mr. Midkiff was preceded in death by his parents, A.T. and Helen Midkiff; stepdad, W.D. "Bill" Hughes; and step-brother, Joe Hughes.
Funeral services are scheduled for 2 p.m. Monday, January 20, 2020 at Trinity Baptist Church with Rev. Dwayne Johnson officiating.
Interment will be in the Mt. Olivet Cemetery under the direction of Wooster Funeral Home.
The family requests memorials be made to the Trinity Baptist Church Building Fund, 108 N. Loftin, Pauls Valley, OK 73075. You may send a condolence to the family at www.woosterfuneralhomes.com.
Published on January 17, 2020
To plant a tree in memory of Richard Lee Midkiff, please visit Tribute Store.

Plant a tree in memory
of Richard

A place to share condolences and memories.
The guestbook expires on April 16, 2020.

Teddy Mills
I have so many wonderful memories of Dick , what a great guy. I will miss him so. My deepest sympathy to the family . Teddy
View all