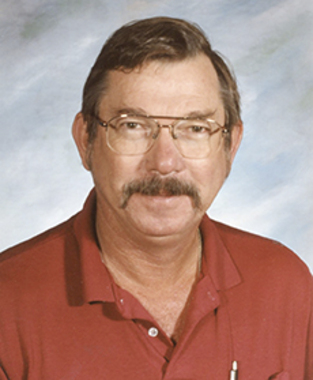 Back to Keith's story

Keith Webster was born on July 31, 1951 in Wynnewood, Oklahoma and passed this life on Tuesday, December 10, 2019 in Norman, Oklahoma at the age of 68 years old. He was the son of Ed Roark and Ralph and Jeannie Webster.
Keith lived in Garvin County and the Paoli area all of his life. He graduated from Paoli High School in 1969 and just recently had the pleasure of attending his 50th year class reunion.
He was married to Marilyn Dixon in Gainesville, Texas on February 23, 1973. He worked at the family service station in Paoli. Later, he began a new career with the Paoli School System in custodial care and maintenance. Keith was a member of Paoli First United Methodist Church.
He was preceded in death by his parents, Ralph and Jeannie Webster, and Ed Roark; his brother, Wayne Webster; and favorite uncle, Don Thames.
Surviving family include his wife of over 46 years, Marilyn Webster of the home; five children - Tammy McGuire and husband Chad, Jaime Wooten and husband T.J., Branum Webster and wife Kayla, all of Paoli, Amanda Webster of Norman, and Samone Malloy and husband Bucky of Sapulpa; nine grandchildren - Colby Gregg, Kailin Gregg, Lane Shephard and wife Samantha, Peyton Goucher and husband Dalton, Gage Bower, Skyla Webster, Allee Malloy, Madison McGuire and Derek McGuire; six great-grandchildren and one on the way; his stepmother, Virginia Roark of Wynnewood; as well as his grand dogs and grand cats.
The family requests that memorials go to the First United Methodist Church at PO Box 31 in Paoli, OK 73074.
Funeral services were held Friday, December 13, 2019 at 2 p.m. at Stufflebean-Coffey Funeral Home Chapel, officiated by pastors Mike Laird and Paul Hamilton.
Interment was at Paoli Cemetery under the direction of Stufflebean-Coffey Funeral Home. We invite you to send a message of condolence and view the family's guestbook at www.stufflebeanfuneralhome.com.
Published on December 13, 2019
To plant a tree in memory of Keith Webster, please visit Tribute Store.

Plant a tree in memory
of Keith

A place to share condolences and memories.
The guestbook expires on March 12, 2020.