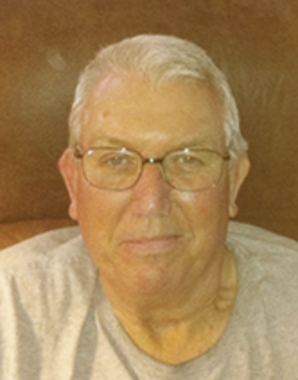 Back to Jerry's story

Jerry Lee Campbell, 67, of Wynnewood was born July 8, 1952 to Obie and Nancy (Spivey) Campbell. He attended Pauls Valley Schools and Murray State College in Tishomingo. He left this earth on December 9, 2019.
Jerry never met a stranger and was devoted to his family. He hauled cattle and hay all around the country for many years, making friends wherever he went. He was a loving father, husband, and friend. He coached little league baseball for several years and enjoyed helping his son and all "his" boys. In his younger years, he liked to ride horses and rodeo, but these activities mellowed to watching old westerns and John Wayne movies.
Jerry was preceded in death by his father Obie Campbell.
He is survived by his wife, Sandy of the home; his mother, Nancy of Pauls Valley; three children - daughter Anissa and husband Steve Potter of Pratt, Kansas, son Dusty and his wife Kim Campbell of Hutchinson, Kansas, and son Jared Campbell of Memphis, Tenn.; brother, Ricky and wife Cindy Campbell of Pauls Valley; sister, Kim and husband Travis Thompson of Pauls Valley; eight grandchildren - Cole Campbell, Ty Campbell, Blake Campbell, Gage Riggs, Keigan Riggs, John Potter, Justin Potter, and Jeremy Potter; three great grandchildren - Brentdon Riggs, Ashtyn Potter, and Uriah Potter; nieces - Mady Thompson, Lexy Thompson, and Anje Newman; nephews - Tyler Thompson, Taner Campbell, and Cole Campbell; cousin, Richard Boles of Highfill, Ar.; and numerous other cousins and friends.
Services are Friday, December 13 at 10 a.m. at Stufflebean-Coffey Funeral Home in Pauls Valley.
Honorary pallbearers are Randy McGee, Joe Thompson, Garry Teahon, David Estes, Tommy McPherson and Howard "Howdy" Huey.
Published on December 11, 2019
To plant a tree in memory of Jerry Campbell, please visit Tribute Store.

Plant a tree in memory
of Jerry

A place to share condolences and memories.
The guestbook expires on March 10, 2020.

Darrell Clabaugh
I'm so sorry for the loss of a Good Man. I worked with Jerry for a bit in the early 70's at Lone Star Gas. Enjoyed that time with him. I changed jobs and got out of touch with him for a quite a while. Then one day my daughter in law called me. She was doing some rehab work in Lawton and said she ran. Into an old friend of mine. It was Jerry. Ever since then we would talk ever so often. He would call and check on me and I would call and see what he was doing. I called him one day and ask what he was doing. He said he was headed to Ada. He was trying to help a young man get back on his feet. The last time I saw him in the hospital we prayed together and had a good visit. But you could t...ell he was awful weak.
Sandy if you need anything please call. I'm sure I am in Jerry's phone. As I said to start with. Jerry was a Good Man. I'll miss him.Read more
Monica Wyatt
I am so sorry for your loss. Jerry was such a sweet guy. You are all in my prayers.
View all