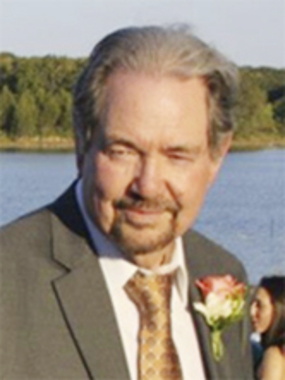 Back to Donald's story

Donald "Don" Edward Griffith Sr. of Sand Springs, Okla., passed away from this life on February 5, 2020 at 78 years of age.
Don was born on May 23, 1941 in Pauls Valley, Oklahoma to parents A.P. and Jewel Griffith.
He was preceded in death by his father and mother; two brothers, Harold and Wilbert of Tulsa, Okla.; and two sisters, Bobbi Dunkin and Mattie Cottrell, both of the Purcell area.
He married the love of his life, Shirley Mitchell, on March 29, 1961, and they shared 58 wonderful years together. They moved to Tulsa, where Don worked at the KVOO television station for 11 years. He worked as an operating engineer at Sears for the next 35 years until retiring in 2015. Throughout their many years together, he and Shirley also enjoyed traveling whenever they could.
Don loved all things outdoors: fishing, hunting, and riding motorcycles, but his passion was his music. He was remarkably devoted to his singing and self-taught guitar playing, both of which he excelled in. You could always count on finding Don on the front porch in the mornings, drinking coffee and, in his own words, "contemplating life."
Don was a very kind and gentle man, and will be remembered as a loving husband, father, grandfather and friend. He loved his family fiercely and was always available when they were in need. He was full of love, willing to forgive and always saw the best in those he met. He was also known for a great sense of humor, often being found telling jokes and playing pranks on his many friends and family.
Don is survived by his wife, Shirley of the home; his daughter, Tammy (and husband Brad) Bloomfield of Tulsa, Okla.; his son, Donald Griffith Jr. (and wife Kendis) of Broken Arrow, Okla.; his granddaughter, Jordan (and husband Skeet) Peters of Tulsa, Okla.; his grandsons - Layne Griffith of Claremore, Okla., Jacob Bloomfield of Houston, Texas, and Jared (and wife Anna) Griffith of Claremore, Okla.; his great-granddaughters, Hudson Grey and Millie Laine Peters of Tulsa, Okla.; and his great-grandsons, Silas Griffith of Claremore, Okla., and baby-to-be Riggs Peters of Tulsa, Okla.
A visitation will be held Wednesday, February 12, 2020 from noon to 7 p.m. with family being present from 5 to 7 p.m. at Heath-Griffith Funeral Home.
A funeral service will be held Thursday, February 13, 2020 at 1 p.m. in the Heath-Griffith Funeral Home Chapel with Bro. Terry Erwin officiating. Burial will follow in Memorial Park Cemetery in Tulsa, Oklahoma.
Arrangements and services are entrusted to Heath-Griffith Funeral Home of Tulsa, Oklahoma. Expressions of Sympathy for the Griffith family may be left by visiting www.heathgriffithfuneralhome.com.
Published on February 11, 2020
To send flowers to the family of Donald Edward Griffith, please visit Tribute Store.

Send flowers
in memory of Donald