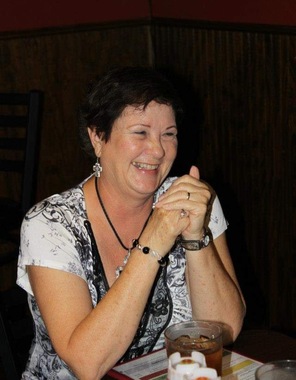 Back to Brenda's story

Brenda Kay Johnson went to be with her Lord and Savior on January 24, 2020. Brenda passed away peacefully at her home surrounded by her family and friends. She was born in Decatur Texas December 10, 1952 to the late Roy "Shorty" Bishop and Emma Bishop. She graduated from Paoli High School in 1971 and lived a majority of her life in Pauls Valley Oklahoma in which she was well known and involved in the community. Brenda worked for the First National Bank and First United Bank in Pauls Valley for 35 years before taking a job with the Stephens County Courthouse in Duncan Oklahoma which she retired in 2019. The past 10 years she called Velma Oklahoma home in which she became well known in the Velma and Duncan communities. She was very dedicated and involved with her church. She enjoyed dancing, riding her horse, gardening, and spending time with her family and a special group of friends.

Brenda has requested to be cremated. A memorial service is set for Friday January 31 at the Chisolm Trail Cowboy Church in Duncan, Oklahoma for 1:00pm.
Published on January 28, 2020
To send flowers to the family of Brenda Kay Johnson, please visit Tribute Store.

Send flowers
in memory of Brenda

A place to share condolences and memories.
The guestbook expires on April 27, 2020.

Laquita Sutton
I had the privilege and pleasure of knowing Brenda my entire life and also working with her for many years. She was a ray of sunshine to everyone that knew her. I have many happy memories and am blessed to call her friend. Heaven gained an angel. Love You
Sandra Gall
Mother-in-law to BradJohnson, mother of Victoria Johnson; you were very much loved by both. You will be missed, always. Rest In Peace Brenda.
View all